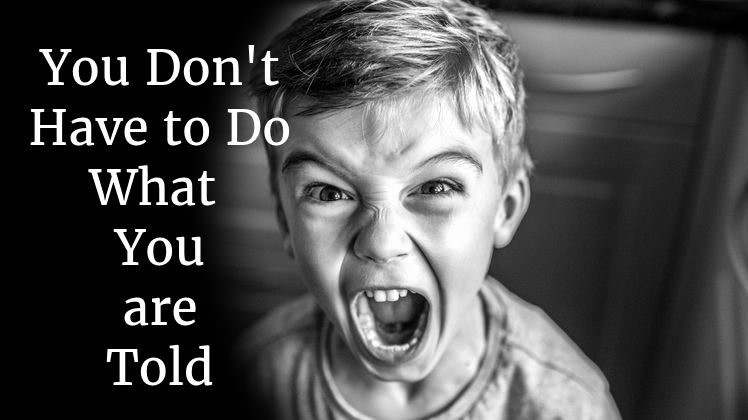 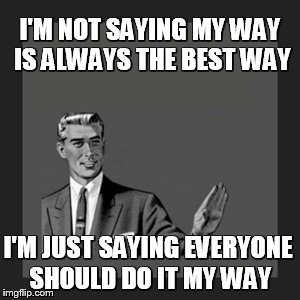 Once upon a time I wrote for a start-up called MyJobSearch.com. That enterprise came and went during the DotCom boom of about twenty years ago. That is long ago in Internet time. The lasting thing I learned from that whole experience was the principle of not doing what is considered “right”. That’s not to accept wrong doing. It is the idea of embracing smarter work by not doing what you’re told.

It is a brilliant concept.

In the world of job searching the principle was taught this way: just because everyone else looks for a job by looking through the job postings of websites and newspapers does not mean that’s how you have to do it.

It is a principle I have learned to embrace throughout my career. It is the original idea of thinking outside the box — of working smarter and of finding a better way.

I find that true in most work situations. In fact, I believe that if you go back in business history you will find plenty of success stories about people who just did it differently.

In running a website I find it grating to think of all the rules we supposedly have to follow: all content “must” be written for SEO, important stuff must be placed “above the fold”, the “fewer clicks the better to make a purchase” rule, and other similar rules of “doing it right”.

One of my secret pleasures is telling people I really don’t want to work for where they can stuff their rules.

At the end of the day human connection is still what sells. We shouldn’t be gearing things for Google. We should be trying to appeal to our customers.

I find it a curious thing that people hesitate calling me because I have a toll free number. I have actually had people tell me I was weird for having it.

You know who those people are? Millennials.

Well that figures, doesn’t it? Millennials have a hard time ordering a pizza by phone. The prospect of actually talking to someone terrifies them.

Boomers, however, aren’t afraid to use that number though. In fact, they prefer it. To them, I’m cool. I’m smart. I’m reachable.

Boomers, by the way, have a lot more money and they are more than happy to pay someone they can actually talk to on the phone.

Yeah, it’s old school. Not doing what you’re told is a time-honored tradition of success.

Running a website naturally comes with methods and standards that are to be embraced. I’m not a total rebel. But when it comes to doing what you love to do, whatever it is, there has to be some embracing of just doing it your way.

I believe your web presence is one that has to keep that first rule, if it keeps any at all. Do it your way. Speak to your customers. Ask what works for them and then do it.

You might be surprised. You will be criticized for where you go with that. But you’ll be successful in the end if you stick with it and adjust while you’re listening.

Are you going to start up an e-commerce site? If so, then why sell on Amazon at the same time? Seriously. A lot of companies do that. They open up their own website and then sell anyway on Amazon at the same time. It’s part of the accepted formula for success. After all, Amazon is the biggest marketplace in the world, right? They get millions of people searching for what companies are selling every day of the year. You’d be crazy not to go there, right?

Wrong. You don’t have to do what you are told.

You can do it another way.

Those who do find that maybe the climb is slower and perhaps even steeper. But not having to bow at the altar is Amazon is freeing. Google it. Look at all the businesses bailing on Amazon (and those who have done so over the past ten years). Learn from their lessons and don’t go there in the first place.

Be open minded enough to think it every which way. Maybe you don’t need a website of your own at all and can only market what you peddle on Amazon alone.

You don’t have to do what you are told.

Think it through. Make a decision. And be the free spirit you think you really are. 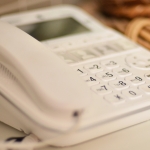 Why You Need a Toll Free Phone Number
Scroll to top