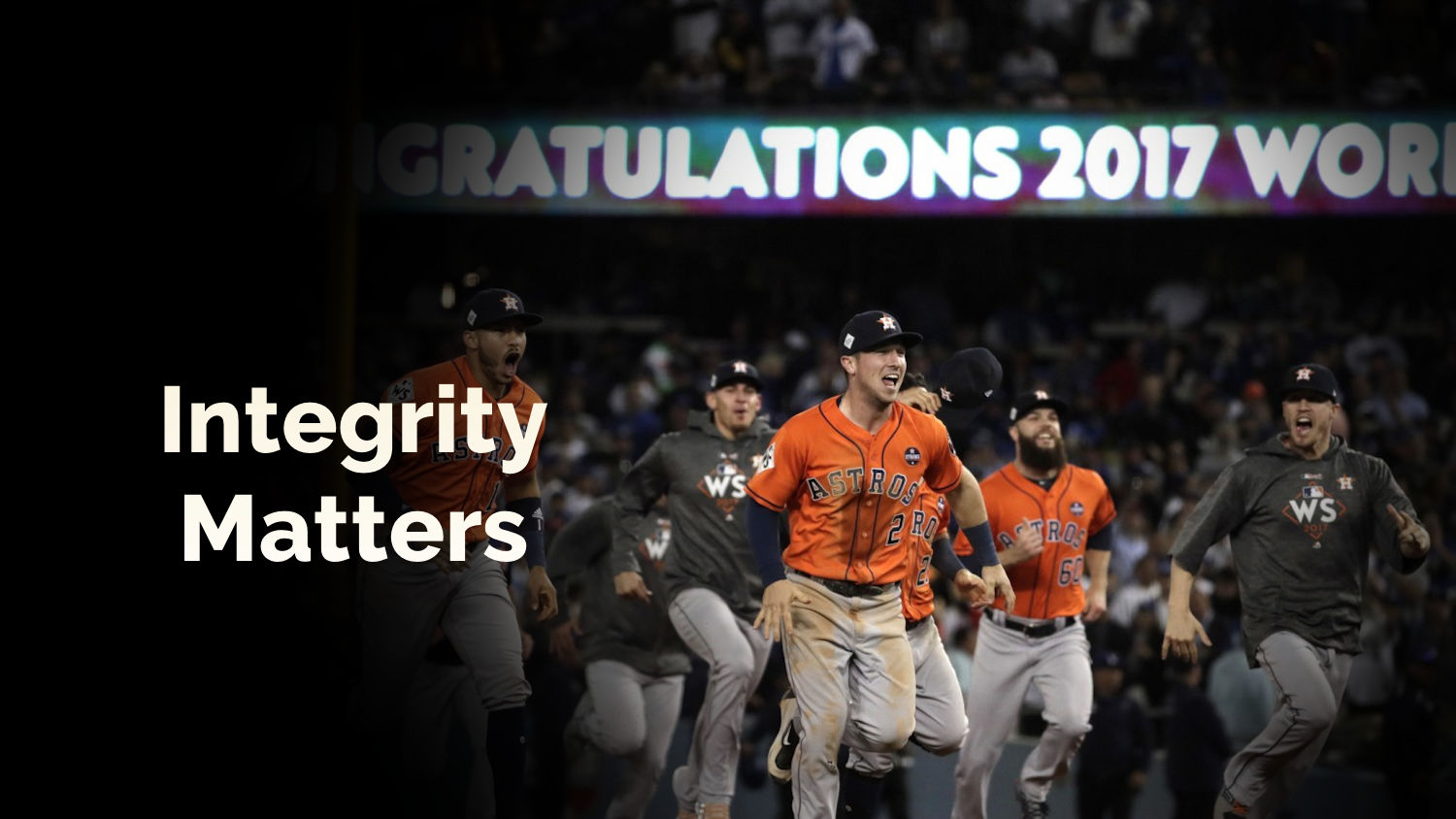 Integrity matters. Unless you have been buried under a rock during the news cycles of January 2020 you know well the controversies in integrity being debated in Major League Baseball.

The 2017 World Series Champion Houston Astros were found guilty of cheating by Major League Baseball. The issue involved the stealing of signs. For those not familiar with the game, here’s the basic scoop:

Batters in the game can improve their performance by knowing what the pitcher is going to throw. A lot of science goes into the guesswork of the next pitch. They chart pitchers for tendencies, they consider umpires and their relative strike zones and they look all over the field for clues of what the pitcher might throw next. These are all legal methods.

However, there are a number of illegal ways for a hitter to gain the advantage, too.

The Astros Went to Great Lengths to Cheat

It is a well known fact now that the Houston Astros cheated to give their hitters an unfair advantage in the game. What they were investigated for and convicted of was using electronic means to capture “signs” from the opposing teams to know what pitch was coming next.

They used a camera placed in center field to relay images from the catcher who was showing “signs” to the pitcher. Those signs were interpreted by an individual in a video room located near the Astros bench. That individual then relayed the information by way of a simple communication system to the batter. See this video that explains it all:

This revelation turned baseball on it’s head in January of 2020.

If it was proven the Astros did this, what then was to become of their World Series title? Who would bear the blame for this? How does this compare to other cheating scandals in the sport from the past?

Who, everyone asked, would be accountable?

Once the report from MLB came out confirming that the cheating happened, heads started to immediately roll.

The Astros immediately fired their general manager and their manager. The league fined the team a maximum penalty of $5 million. Plus the Astros lost two first round draft picks.

These were unprecedented actions.

Yet, very few were happy with the outcome. Players from all over Major League Baseball were upset, taking to social media to cast out their angry opinions. Opposing teams, especially those who lost the to the Astros, claimed their title was now invalidated.

Fans of MLB were most upset of all: those who supported the Astros claimed they were unfairly targeted (because, don’t you know, everyone cheats) while those claiming to be fans of other teams felt the Astros got off too lightly.

The Astro’s Weak Response to Their Character Flaws

For several days all eyes were focused on the Astros and their players.

After all, the Commissioner’s report stated that the whole cheating scheme was orchestrated by the players. It is only reasonable to assume then that once management was fired in Houston that some players would face some accountability as well.

As fate would have it, the team’s annual winter fanfest was scheduled just after the scandal broke. The event would feature several Astro players and they were sure to face piercing questions from the fans and media alike about the team’s cheating.

Two key players did go before the cameras and not only failed to accept any responsibility for the cheating they did not even denounce the behavior as wrong.

One even went so far to say that the Houston Astros would go on to the World Series this year and that this whole thing would be forgotten as a result.

The world of social media erupted once more as the scandal spread.

Why didn’t the Houston Astros get it? Why weren’t these players coached about what to say and how to act before the lights and the cameras were pointed at them?

The Transparency of Integrity in a Crisis

The crisis deepened when Major League Baseball was found out to have struck a deal in their investigation of the cheating scandal. According to the Wall Street Journal, MLB granted immunity to players if they would spill the beans.

While the investigation report said it was a “player driven” scheme it failed to disclose that a deal was made with players.

Isn’t that kind of an important detail? Why wouldn’t they be upfront about that? Could it be they didn’t want to be painted as dirty as the Houston Astros in this whole deal?

This has only made matters worse.

Not only were the players guilty of a crime because of their lack of integrity so too was the management of the Houston Astros — because they knew of the scheme when it was happening and did nothing about it (this was the basis of the firing of the GM and the field manager). Now Major League Baseball itself was guilty of what amounts to a cover-up, too.

Everyone it seems, in baseball, is dirty.

Why Does this Matter

It matters because baseball is more than a sport. It is a business.

You cannot lie in business and expect to escape the consequences. You cannot fail to be transparent.

The truth about Major League Baseball is that it has been lying for years.

It lied in January 2020 about the Astro’s cheating scandal. It lied like bleeting pigs about the PED scandal. It has lied continually over its history and has gotten away with it because they have a monopoly on baseball.

They do not, however, have a monopoly on sports. For decades MLB has seen its popularity erode as football, basketball and other sports have stolen fans, taken attention on radio and TV and spread the entertainment dollar thin.

According to the NY Times Major League Baseball is in trouble: “Total attendance across 2,429 major league games during the regular season dropped by about 1 million fans this season to about 68.5 million, about 14 percent lower than a high of 79.5 million tickets sold in 2007. The drop for 2019 followed a 2018 season in which total attendance dipped below 70 million for the first time since 2003.”

All this was before this latest major scandal erupted.

Fans are only itching for a reason to bail on the game. Now they may have it.

Integrity, you see, matters. Baseball may be a business to MLB. But to the fans it is merely entertainment. People watch it to see how it turns out.

At the end of the day, people want a happy ending.

Winning is great. But winning by cheating is not a happy ending. For anyone.

Customers of Major League Baseball are not going to tolerate this. For the big bucks they spend on baseball this is not what they are paying for.

Baseball will only continue to decline because of stuff like this.

Understanding What WordPress Is 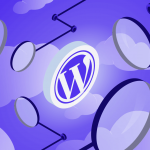 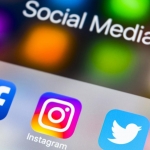